The role of the Nunukan Indonesian Worker Placement and Protection Service Center (BP3TKI) in
channeling Indonesian Migrant Workers (PMI) to Malaysia. This study aims to determine the role as
well as being a supporting and inhibiting factor for BP3TKI Nunukan in distributing Indonesian
Migrant Workers (PMI) to Malaysia. The results of the research conducted show that the role of the
Nunukan BP3TKI can be seen in several ways such as: The services provided to PMI are quite easy in
managing all documents and are supported by a One-Stop Integrated Service (LTSA) program which
consists of several agencies including: BP3TKI, Disdukcapil, Disnakertrans, Immigration, Local
hospital, and employment assurance. In terms of placements carried out by BP3TKI where the
Indonesian Migrant Workers Placement Company (P3MI) carries a work agreement (job order) which
in its provisions regulates the length of work, workers' salaries, workers leave and work insurance so
that when they are placed PMI knows what is their right during work, The three protections provided
by BP3TKI begin when PMI is in the process, then during work or placement and when they are
returned to their hometown, the four solutions to PMI problems that are deported from Malaysia are
then processed and accommodated and asked first about their desire to continue as PMI or return to
their hometown.
Factors inhibiting the role of the Nunukan BP3TKI in distributing PMI to Malaysia such as: some
Nunukan residents make a business opportunity to recruit CPMI and cross illegally or illegally,
citizens who were born in Malaysia when deported because they do not have documents and when
they want to return to their hometown of PMI do not know where his hometown is because he has
been in Malaysia for quite a long time, about 3-4 generations, the large number of accesses to
Malaysia often makes it difficult for BP3TKI together with the Police and Navy units to take
precautions and a long waiting time for VISA entry about 1 week. There are several factors
supporting the role of BP3TKI Nunukan in channeling PMI to Malaysia, such as being supported by
the media, orderly P3MI, and being assisted by the Police and Navy units. 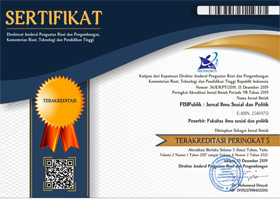